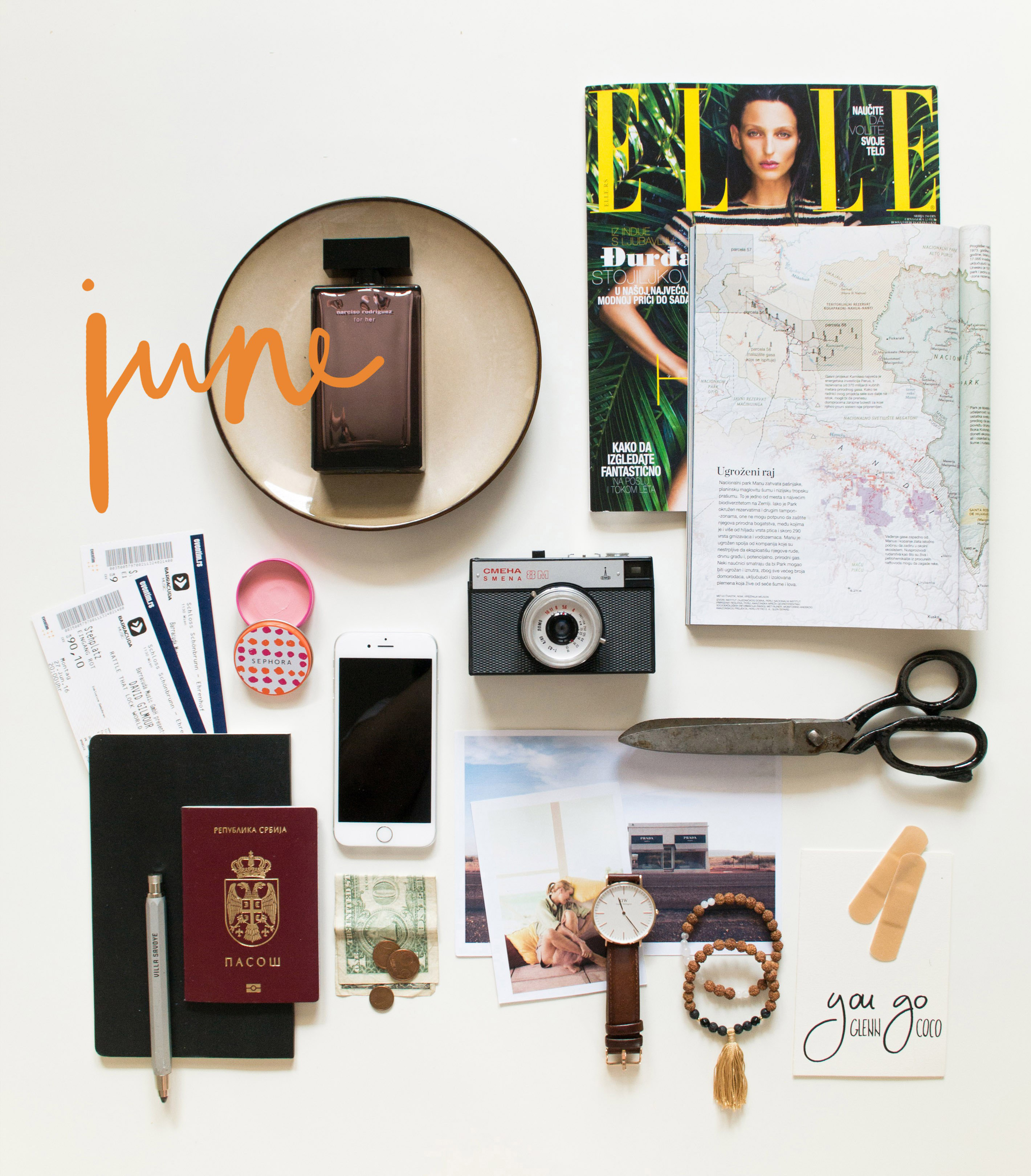 First of all, let me introduce y’all to the first ever regular on The Sad Bear – The Mood Board. The biggest dilemma in June is can I pull off writing all my posts in English? It works perfectly for my Instagram, but when it comes to slightly bigger texts I’m afraid I won’t be able to do it well enough. What do you think? What are your thoughts on writing a blog in foreign language? Let me know!

So, the Mood Board: June.

♥ Narciso Rodriguez Musc for Her EDP has been my absolute favorite for months now. It smells… different, but let me elaborate that! You know those women that Roy Orbison would sing about nowadays if he was alive? Well, they smell like it. Does that mean Roy would write a song about me? Can’t really tell, but I’m trying. Also, I wouldn’t say it’s strictly summer scent, it’s more of a year round companion, but anyhow, give it a try – you may just love it, pretty woman!

♥ Elle Serbia June issue (on stands ’till 21st). You can’t really not love it, to be honest, it has palm trees on the cover for God’s sake! An epitome of summer – wild beaches, Indian Ocean, fitness #goals… Pair it with the colorful National Geography and there you have it!

♥ When I think of June, I think of concerts. I also think of mosquito bites and the horror of bikini shopping, but let us concentrate on that concert thing. It sort of became a tradition to always have a pair of concert tickets booked and ready for the summer. Last year I went to see Fleetwood Mac and didn’t really think anything could ever top that, until I booked a ticket for David Gilmour’s  tour in Vienna (eternal scream). You may remember how I feel about David Gilmour from the last year’s post? That’s right. It’s going to be bananas!

♥ “Tired of lying in the sunshine staying home to watch the rain, You are young and life is long and there is time to kill today, And then one day you find ten years have got behind you, No one told you when to run, you missed the starting gun”.

Speaking of David Gilmour, these are probably the scariest song lyrics of all time. And I was 20 when I printed those words and hung them in my room as a reminder. Not that I’m panicking or anything, but I’m 26 now and pretty sure I still haven’t heard that starting gun. Or did I miss it? Damn you, Pink Floyd!

That leaves me with one conclusion – only way to keep track of time is to wear a watch. And if you’re already going to wear it, make sure it’s gorgeous and classy and bold – just like you! Use THESADBEAR promo code for a 15% OFF any purchase on www.danielwellington.com. You’re welcome!

♥ What do you really, and I mean REALLY enjoy doing? What makes your eyes sparkle and sets fire to your soul? (Burrito isn’t an answer, but good point). For me, it’s taking pictures that makes me feel my best self. I do it all the time. I won’t lie, every time my phone falls face down, my life flashes before my eyes. Is this what having children looks like? Not sure I want them in that case. Anyways, it’s all on my phone – thousands of snaps, apps that I trust more than some people I know… And then there’s my digital camera (not pictured) that I use when I want to seem like a grown up that has it all figured out. Latest addition to my modest so-called photography studio is this Lomo Smena 8m. I haven’t figured out how to use it yet, but it looks great on photos, as you can see #basicbitch.

♥ Do you believe in cosmic balance? Like, that some things are meant to be? Sometimes I’m sure of it. For example, when I picked my new ZASU bracelets based only on looks and then later discovered that purpose of one of them is to be an ally in weight loss to people who wear it. Thank you, Universe (and ZASU Serbia team), I got the message and have already become a proud gym member! Pick your cosmic companion HERE.

♥ Bits and pieces and other knickknacks – what really makes a moodboard a moodboard:

That Sephora lip balm that’s basically colorless but still leaves a pinkish glow on the lips.

Old card with The Sad Bear lettering I did two years ago that I plan on sending to some Mean Girls appreciator out there just because.

Villa Savoye sketch pencil I got in Paris

Bandaids. Because summer. And because ballerinas. And slippers.

What about you? What are your plans for June? What’s the first thing that comes to mind when you think about it? Let me know! And also, don’t forget to tell me your thoughts on blog posts in English! It would mean a world to me.

Cheers and thank you!

9 thoughts on “The Mood Board: June”